A Reflection of Our Ex-wives

f you are really interested in learning something about yourself, and your own human frailty, then look with compassion upon the person called "ex-wife." Her inescapable presence in your life provides an invaluable record of human effort and human failure.

I imagine that it is this last that makes it so difficult for us to think of her at all, much less ever stop thinking of her. For it is my belief that once married to her, and particularly if we make children with her, then part of us will be forever devoted to her, if only in rage and disgust. 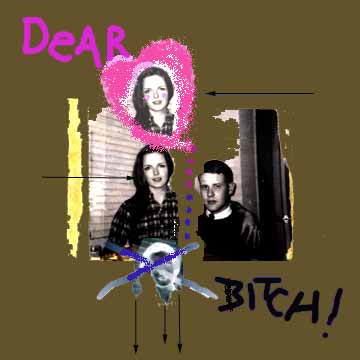 Her image stands as a record of failure, my failure, my shame, my inadequacy. If I keep this up long enough, however, the finger of blame eventually comes to rest on her. The Bitch. But let us get honest here. Many of you know that your failed marriages succeeded by ending.

You carry the mantle of guilt to cover the ways you willed the destruction of that which you vowed would last forever. You know that within moments of the vows being uttered, the sweet damsel of your youth began to morph into the 'bitch' who ruled your life. And you believe, or believed, that 'she changed.'

ee her now: the sweet soft body, the irresistible scents, the magical hair, the captivating glance, the shared experiences that led to the cockamamy plan called marriage. Now, see her again, as she is today. Feel the remorse, blame, rage, helplessness, whatever the bitter taste of that divorce is. Were these feelings, the enchantment and the bitterness caused by her, or are they more truly your own?

In coming to terms with the fact of divorce, and the person of ex-wife, we must engage in the painful work of looking through our own delusions of self, and see the willfulness and intent with which we worked at the destruction of our marriages.

And perhaps we must go even further than seeing through the delusions and understand that we may never have intended the marriage "to work" at all. That is, we mouthed the words, uttered the vows, played the game right down the wire as though it were a solemn obligation, and all the while, never meant a word of it.

We obligated ourselves to this person in a way that we never intended to, because the myth of contemporary marriage is too great for any one person to bear. We were play acting. 'Forever' was much too big a word.

o, you lied. And you escaped, for you came to hate the person you loved. Or you did it passively, by hiding from her, at work, at play, in the mountains, with other women. And she is transformed before your eyes, from sweet and magical and delightful, to raging, depressed, and manipulative. Never owning your part in this change, you 'got out of an unhealthy relationship.'

The marriage failed because it was willed to fail. You succeeded at escaping what you could not live with. And would not admit to yourself that the life of middle class American husband was one you could not stand. But, at least you got out. And now, you are tied to this woman, the 'ex-wife' who stands as a record of 'failure' at marriage. Perhaps you have forgotten that the field of negative emotion you come into when near her, when picking up or dropping off the kids, is your own.

It is my belief that we all fail one another, that we will all eventually betray or abandon one another, somehow. Not by virtue of a universal evil, but by virtue of our imperfect humanity, and our inability to live myths the way they are lived by the gods. Or perhaps, more accurately, because of the way we live the myths as the gods lived them (cf. Zeus and Hera)

So, let us say that, if you want to save the marriage, you must divorce your wife. Not at the literal level, but metaphorically, so that she is no longer an obligation, an inhabitant of a myth you cannot incarnate, or are compelled to.

nd if I am literally divorced, but wish to make possible a new marriage to someone else, one that is not haunted by the spirit of the 'ex-wife', then I must complete my divorce from her. I must say, if not to her, then to her image: "We both worked our hardest at something we hated, but would not admit we hated, and would not free ourselves from, even though it was killing us. I will no longer blame you for my decision to kill this thing I hated, because getting out of it was the only way I could go on living."

This statement allows for the humanity and failure of both partners, and in its compassion sees the ex-spouse as someone wounded as well by attempting to incarnate a myth too big for ordinary humans. 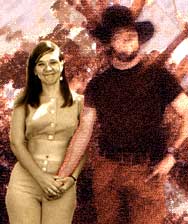 What is the way, then, to free myself of the curse of the 'ex-wife'? It seems to me that freedom lies in the words of the vows we spoke so long ago. 'To love, honor, and cherish, until death do us part..." but, and a big BUT it is, not literally in the context of the guiding romantic myth of late 20th century American culture. Rather, to comprehend her in the sense of someone we once walked beside in the long meander from birth to grave in search of individual destiny.

To see her as someone who failed with me as much as I failed with her. To celebrate that for awhile we collaborated in the construction of a world, but could not support that world. And so, to cherish and honor her energetic participation in my search, and mourn her passing in order to create the necessary space for what is new in your heart.

By now it should be obvious that the route to freedom from the curse is compassion. Compassion for self and compassion for that woman who once we demanded so much from. It is compassion that shows me that my destiny is revealed in so many ways not by what I succeed at, but in what I 'fail' at.

ompassion shows me that in my efforts to answer the call of my daemon, I will attempt many things, and they will not all 'succeed'. Some will 'fail' as I draw nearer to that which I truly am. Let's celebrate the former spouse who was invaluable in co-creating this 'failure' that brings me nearer to what the daemon wants.

[an error occurred while processing this directive]